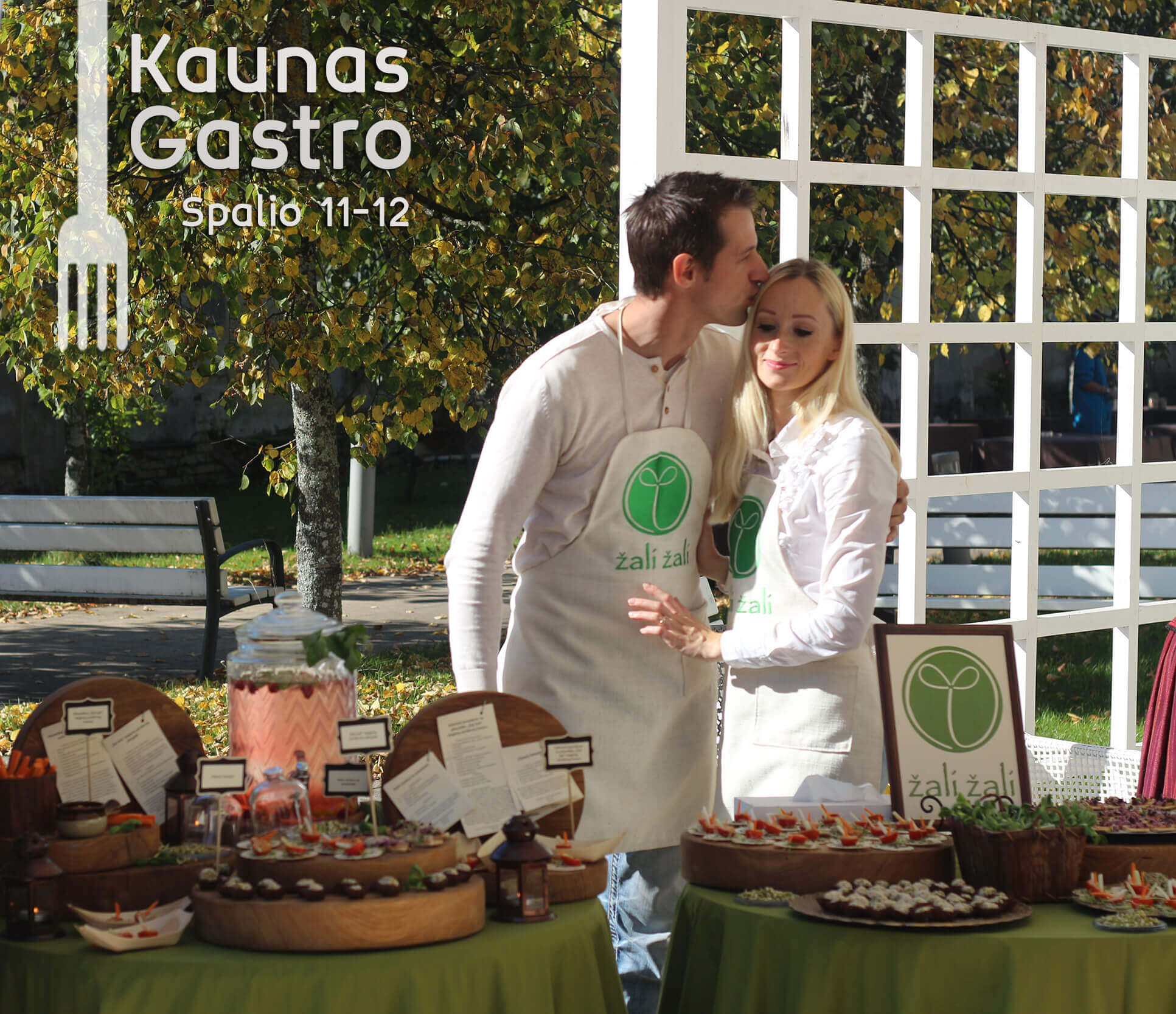 Green hoodies. Smiling faces. A happy family. Behind them – a happy thriving family business. Indrė and Vincas are the founders of something many people are already familiar with – Žali Žali, the brand that grows and distributes sprouts.

However, the name they have now did not come easily, and the story of its growth is mesmerising. At first only two people with an idea, now a big team working towards one big goal. So how did they do it?

Well, not exactly bottom. The first steps were small but confident. Indrė tells the story of leaving her workplace to raise a daughter and seeking for something to do in her spare time. Having worked in United States for a Lithuanian sprout producer, and having gained some experience there, she was ready to start the same business in Lithuania.

At first there were only a few pots of sprouts, and a few deliveries to colleagues who were acquainted with the idea, but later they started to grow. Both the sprouts and the business. The window sills were not enough anymore. Now they deliver their produce not only in Kaunas, but in Vilnius and Klaipėda too, two times a week, and are proud providers to some of the restaurants.

Naturally, it is not all about logistics. First, you have to make sure that the product itself is worth the while. Now it is apparent that it is. Lush, green, juicy sunflower, garlic, leek, chickpea, and other sprouts are the results of hard work, and a constant aim to improve.

“There were some struggles along the way, many lessons learned, but now, because of them, the quality is getting better”, – says Indrė. Vincas agrees by saying that what was once a problem, now is a huge improvement, and a new quality standard.

Of course, the idea of using sprouts for food was new in this country, there were few people who shared the philosophy of raw eating, or just adding something as fresh as sprouts to their meals, so Žali Žali were one of the first ones to introduce them to our tables. However, Vincas and Indrė are not raw eaters or vegans themselves, they only care about their health.

“There was even a period of time when we did not want the sprouts on our own tables anymore, though still delivered, and did all the work”, – says Indrė, which she ties to the fact that there were sprouts everywhere, and they were so used to seeing them all the time.

The family is happy to be part of Kaunas Gastro 2017. Their natural products will be waiting for you at the end of the route, where you can experience that freshness, vitality, and simplicity in one.